Social change- defined as variations or alterations over time in the behavior patterns, culture (including norms and values), and structure of society

Social movements:  is a large group of people who are organized to promote or resist some social change. A social movement is typically based upon two factors - first, whom the movement is trying to change, and second, how much change a movement is advocating.
Video: http://study.com/academy/lesson/social-movement-definitions-alternative-redemptive-reformative-revolutionary.html​ 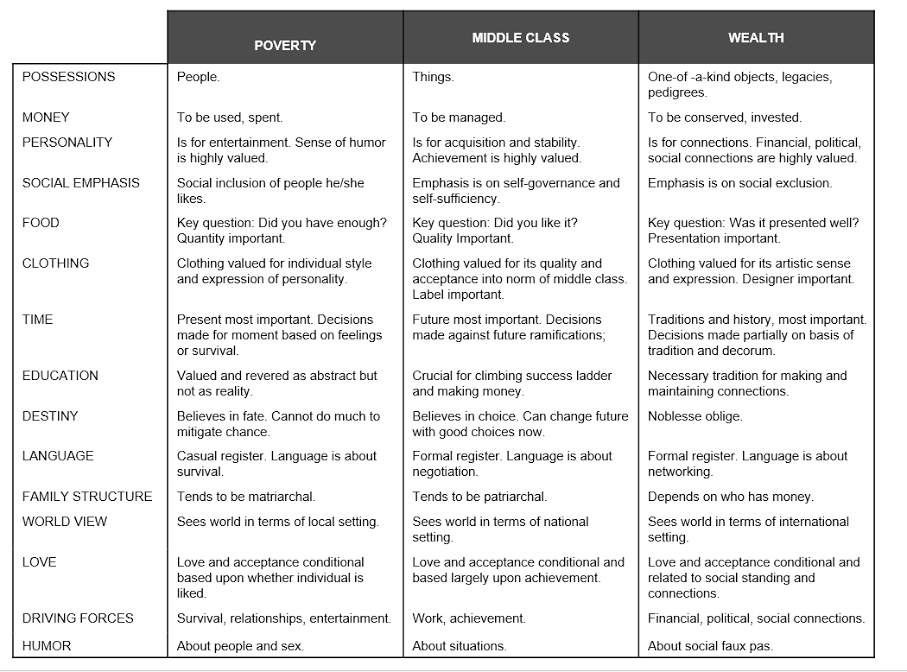 A Framework for Understanding Poverty by Ruby Payne